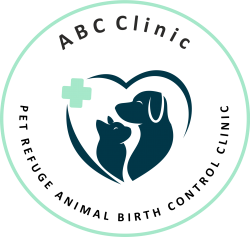 Accidents shouldn’t happen. Prevent a litter and spay or neuter your animal today!

In just one year an unspayed cat who is allowed to roam outdoors can have 3 litters resulting in 12 kittens.

One year later those 12 kittens if kept unspayed, will have 144 offspring of their own!

By the third year grandma cat will have 1,728 great-grand-kittens!!!

And by year four this one cat will have been responsible for 10,736 new cats roaming the earth!

In just one year an unspayed dog who is allowed to breed will generally have at least 4 offspring.

One year later the mom dog and her female pups will have more litters resulting in an average of 12 offspring.

By the third year grandma dog will have 36 great-grand-pups!!!

And by year four this one dog will have been responsible for 324 new dogs!

Four million cats and dogs are put to sleep every year in shelters across the United States. That’s one cat or dog being killed every 8 seconds due to pet overpopulation. We can’t afford any more accidental litters. “We’re just going to breed her once” is the start to every statistic.